Skip to content
Previous Next
Coloring Outside The Lines: RCA Expands The Broadcast Spectrum

Coloring Outside The Lines: RCA Expands The Broadcast Spectrum

On this day in history (1953), the FCC approved the regulations for commercial broadcast to black & white-color compatible television sets.

To whom do we accredit this advancement in broadcast communications?

The Record Corporation of America, better known as RCA.

The Federal Communications Commission or, FCC, approved RCA’s design in 1950 as the color television broadcast standard. Unfortunately, at the time RCA’s system was bulky and cumbersome, but it offered the company an opportunity to advance their system without fear of competition.

By 1953, RCA engineers had completed a monumental achievement, creating a color television spectrum that could be broadcast coast-to-coast. And that’s exactly what occurred the following year.

Although the color revolution was initially off to a slow start, it eventually took off. “By 1958, there were an estimated 350,000 color sets in the United States, the bulk of which were manufactured by RCA. That number had jumped to 500,000 by early 1960.“

In 1961, “The premier of Walt Disney’s Wonderful World of Color in September [1961] was a turning point, persuading consumers to go out and purchase color televisions.“

In less than half a century, television and broadcast media would be forever changed by the pioneering work by RCA and CBS; the idea was birthed from a German patent in 1904 for the world’s first color television set.

Although television is often scorned for its inherit ability to bring about a sedentary lifestyle, it has changed the way we perceive the world. While before only monochrome images displayed in greyscale were possible, every color under the sun is now visible through the “boob tube.”

In turn, it has introduced us to beloved animated and live-action characters, visceral news reports, and more complex television series plot lines, all due to the distortion of three colors: Red, Green, and Blue. 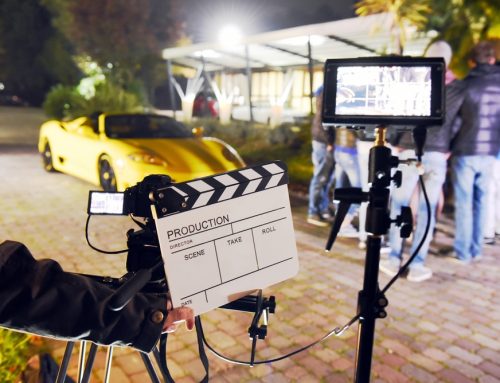