Thank God It’s Friday! We’ve all made it through another work week, and hopefully it was a productive one.

What have you been up to this past week? Did you make your quota, launch a new campaign, or close out an old project? We’d love for you to share with us what’s going in your world as we share what’s been happening here at TalenAlexander.

This week we’d like to spread love to our defending NFC South and NFC Conference Champion Carolina Panthers. 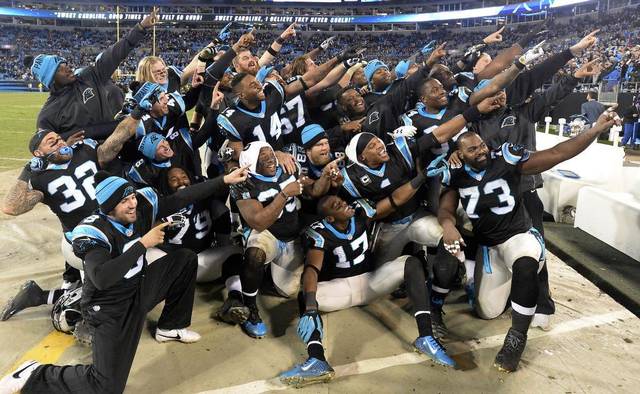 The Carolina Panthers first took the field in 1995 as an NFL expansion team by former NFL player and owner, Jerry Richardson. A North Carolina native, Richardson fought long and hard and was approved in 1993 to make the Panthers the NFL’s 29th team.

The brand is synonymous with the Carolinas for reasons other than their name, but due to their logo.

The Panther emblem incorporates both North & South Carolina into its design — duly, the team is located in Charlotte (NC), the heart of the Carolina.

*The featured logo is prior to the 2012 re-branded logo*

The current Panther emblem was updated in 2012 and as ImageSmithputs it,

Overall, the change illustrates the importance of keeping your brand fresh. A total redesign is generally not necessary. But unless your logo is established as a thoroughly iconic image (by that I mean you are Coke or McDonald’s!), most logos and marks need to consistently be evaluated and evolve over time to avoid becoming stale and giving the public an impression you do not want.

However, the Panthers organization have found a way to leave their mark on more than just the gridiron.

The team has previously branded themselves as a more wholesome organization within a league that often finds players, coaches, and owners penalized for violations occurring off the field. In 2011, it was widely noted that owner Jerry Richardson was not in favor of the Panthers draft pick Cam Newton getting any tattoos or growing facial hair.

Here’s an excerpt of the exchange as reported by the ESPN (told to the Charlotte Observer) when Richardson asked  the quarterback if he had any tattoos.

Richardson: Good. We want to keep it that way.

I’m not a choirboy. I’ve never said I was. And I don’t want a roster of 53 choirboys. I told Jeremy Shockey, ‘Don’t change your personality. It’ll be good for the team. I could do without the tattoos, though.

While Richardson received a bit of flack, it was nothing that disrupted the team chemistry as Newton and the Panthers have continued to improve with each season.

However, more importantly the Panther brand heavily encourages fan appreciation, as the Panthers are the only team in the league to award an awaiting fan a game ball after a touchdown. It’s something the organization has been doing for several years, but by far the most important thing the Panthers have done for the NFL is remind fans and players alike that they are playing a game.

The Panthers have been the most exciting team to watch this season, but not just for their exception play on the field. A smiling, dabbing Newton and his cohorts have lit Panther fever across the nation. Newton by way of his television exposure has taken a popular trend by fellow Atlanta natives, Migos, and turned it into the Cardiac Cats anthem. 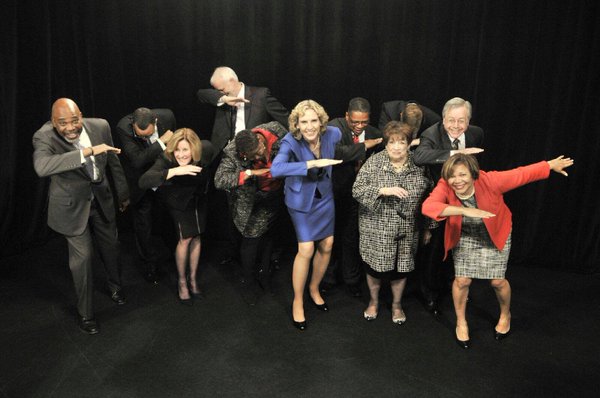 Even the newly elected Charlotte City Council found themselves dabbing as the new incumbents struck a pose for the Observer.

While it has been all fun and games for the Carolina Panthers and their fan base this season, this Sunday as they head into Levi’s Stadium, the team will undoubtedly be playing for high stakes. Whatever the result, great season Carolina! #KeepPounding