5 Tips to Optimize Your Content for the Visually Impaired

Every year in the U.S. during the month of October, we celebrate Halloween and other fall festivities.  While Halloween is a shared tradition for many Americans, something we don’t all share is vision impairment.  On October 15, a lesser known observance occurs annually, White Cane Safety Day – meant to recognize the achievements of the visually impaired.

White Cane Safety Day was established in 1964 to celebrate the milestone achievements of persons who are/were blind or visually impaired.  We are aware closed captions, sign language, and ASL (American Sign Language Interpreters) interpreters exist for persons who are deaf or mute.  Yet, when we put our heads together at TalenAlexander, we struggled to think of everyday alternatives for the blind community.

Even with the success of Netflix’s Daredevil series, featuring blind superhero Matt Murdock, we gained no further insight into life for the visually impaired.  Murdock having heightened senses and abilities per superhero prerequisite, faces none of the challenges of someone visually impaired.  In fact, Murdock faces none of the challenges someone 20/20 vision.

The above video narrated by musician Ross Minor, displays his  everyday application of the NVDA software.  Through use of Non-Visual Desktop Access software, Ross is able to execute desktop commands, as well as, navigate the internet.  While the screen reader narrates Ross’ actions, he is able to identify which features of his PC he would like to access.  Worth noting is the speed at which Minor is able to set his screen reader to in having overly developed hearing.  The NVDA software Ross uses operates very similarly to Google.  Crawling pages, images, etc. for keywords he searches, the results are read back aloud.  At TA, our immediate thoughts were – SEO Optimization.

We often think of SEO optimization in terms of what we will SEE and READ.  This works for both deaf and mute communities, however, persons with a blindness disability require a different solution.  Yet, it doesn’t mean SEO techniques won’t work when optimizing your content for the visually impaired.  Instead, it just means you have to build upon your current SEO practices with a new perspective.  That’s why after our research, we’ve decided to share our 5 Tips to Optimize your Content for the Visually Impaired.

As seen in Ross Minor’s video, screen readers are essential to navigating the internet for the blind and visually impaired. With that in mind, whenever you post images, infographics, or image files on your site, it’s important to include Alt Tags. The screen reading software reads this information to the user and highly descriptive tags simplify the process.

“Color (color) blindness (color vision deficiency, or CVD) affects approximately 1 in 12 men (8%) and 1 in 200 women in the world. “ –  ColourBlindAwarness.org

As much as we overlook the blind and visually impaired population, we are also unaware of color blindness statistics.  It’s better to use text to differentiate prompted actions instead of color coded buttons or badges.  For instance, “Check the green box for Yes OR the red box for No.” 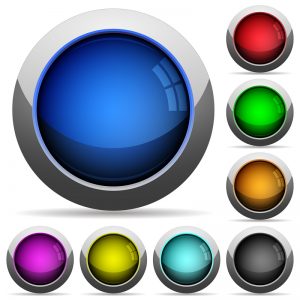 3. Include Source Links for Embedded visuals

NVDA software may be unable to read text/information regarding embedded visuals on your website or within your post. So, always be sure to include a link to the original source so that visitors can easily follow the link or have a description read to them.

Websites like WebAIM offer checklists and tutorials to help you optimize your website for visitors/customers with vision impairments.  Treat your visually impaired customer base the same as you would anyone else.  That means optimizing your website for user-friendliness and accessibility.  These practices require time and effort, but embracing them will expand your skill set, client base, and creativity as a marketer.

5. Include blind actors and models in your campaigns

If you’re making a message directed towards the visually impaired community, why not have someone of the community deliver that message?  Duly noted, if you’re optimizing your website for the visually impaired, why not have them test its accessibility?  While we may have good intentions in optimizing our content for the blind, it’s important to have their input, feedback, and assistance in the process. 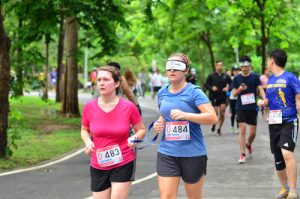 Modern advertising tells you that an inclusive campaign is one that features people of different races, ages, and sexual orientations. But the truth is that disabled individuals are the biggest minority group. It contains members from all faiths, racial groups, genders, socioeconomic statuses, and sexual orientations. I believe that, in order to truly execute an inclusive marketing campaign, disabled individuals must be included. – Belo Cipriani, B2C